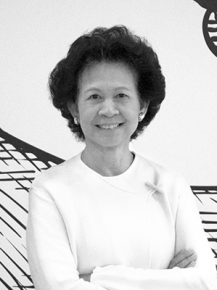 Charuvarn was educated and worked in the U.S. in counseling before starting her communications career in Thailand with PRESKO (now Weber Shandwick).

She joined SSC&B Lintas the first time in 1979. After 13 years at J. Walter Thompson which she helped found, she returned to LOWE in 1997. The many large conglomerates she has

Over the years, her travel and tourism accounts handling include Cathay Pacific, Northwest, HKTA, Australian Tourism Board, The Oriental and The Peninsula hotels. In her present capacity, Charuvarn continues to be closely engaged with our business as well as helping to support LOWE SEA operations in Indonesia, Malaysia, Philippines, Singapore, and Vietnam.